LED vs. Incandescent: Which Bulb Is Right For You?

The world is filled with great debates: Coke vs. Pepsi, Mac vs. PC; Playstation vs. Xbox. But in the world of outdoor string lights, LED bulbs vs. incandescent bulbs is the great debate. PartyLights.com sells a huge array of products from string lights to rope lights, mini lights to novelty lights, and flameless candles to lanterns. Many of these products come in a choice of LED or incandescent bulbs. What are the differences and why choose one over the other? 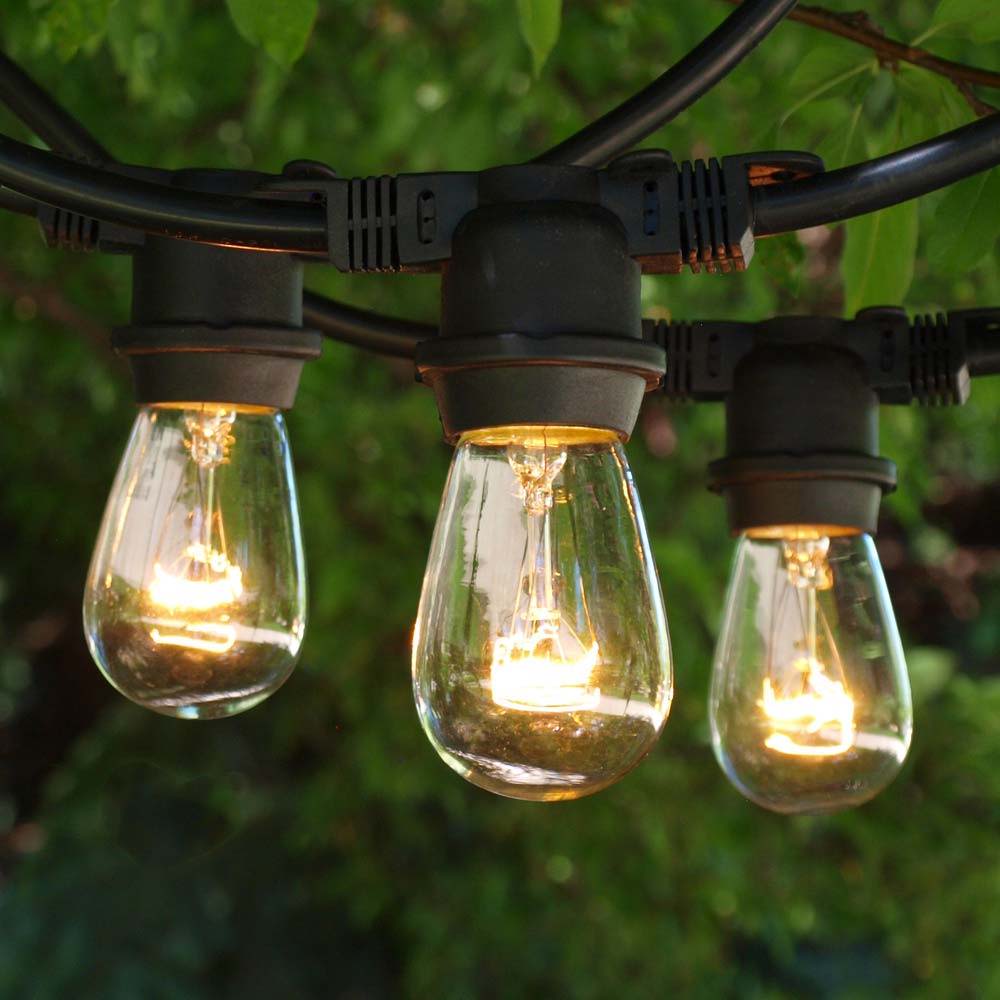 Not that long ago, light bulbs were just light bulbs. There wasn’t any choice other than the wattage of the bulb, and the technology hadn’t changed in over 100 years. The reason incandescent remained popular for so long came down to a couple of main factors: cost and color.

Cost. Price is the main factor that attracts people to buying incandescent lights. Even though the cost of LED light bulbs is dropping rapidly, incandescent bulbs have the lower up-front cost and that continues to drive their desirability.

Color. The color of lighting wasn’t something people thought about a decade ago, but now with the wide array of string lighting options, consumers are seeing cool white lights, warm white lights, daylight lights and numerous other tones. Traditional incandescents, though, are the ones that have the familiar warm glow that most people associate with home lighting. It has an element of tradition or nostalgia to it, and is still the most common light bulb sold. 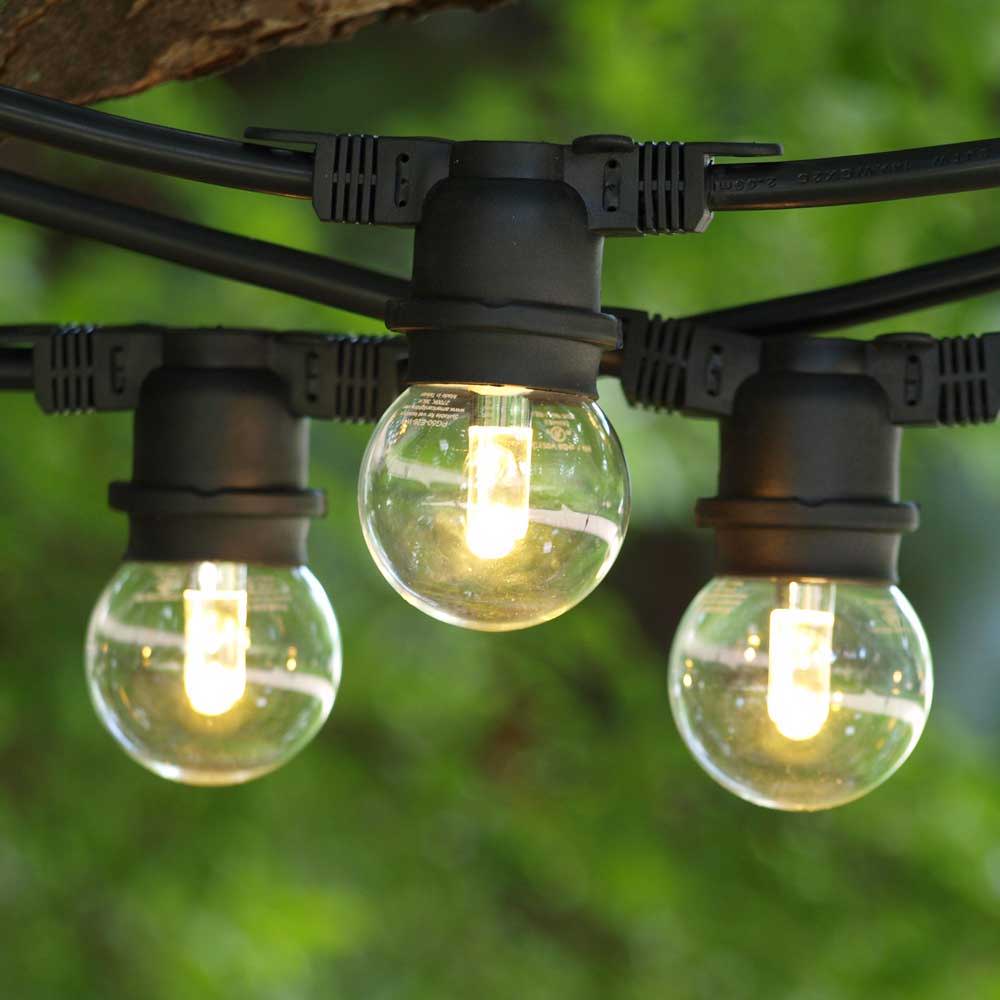 There’s a reason that you’re seeing more and more LED lighting options. LED has become the next major wave of light bulb that will be used for the foreseeable future. While more expensive than incandescents up front, they have numerous advantages and with prices dropping precipitously, they’re quickly becoming the most popular and preferred choice. 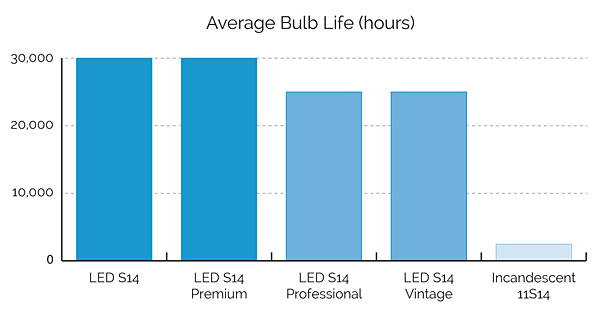 *Note that exposure to weather and temperature extremes may degrade the performance of both LED and incandescent lights.

As an illustration, the S14 bulb shape is one of our most popular bulbs and is available in a variety of styles: LED S14 Bulb, LED S14 Premium Bulb, LED S14 Professional Bulb, LED S14 Vintage Bulb and 11S14 Bulb (incandescent). Average bulb life varies, but as shown in the graph above, the LED bulb versions vastly outperform the incandescent.

Efficiency. Lower energy usage is another distinct advantage with LED bulbs. For example with string lights, a 25 watt incandescent bulb can be replaced by a 1 to 2 watt LED bulb. That lower wattage means lower energy usage which has a direct correlation with energy costs, particularly with multiple bulbs.

Cost. While LED bulbs may cost more to begin with, the combination of the low energy usage and the longevity of the bulb, means that they are actually less expensive than incandescents in the long run. With roughly 10 times the life span, and one tenth the wattage consumed, LED bulbs will pay for themselves within a couple years.

Durability. Another advantage is particularly of value for string lights or light installations that may involve exposure to the elements. LED lights are made from a tiny chip encapsulated in an epoxy resin, rather than a very fine metal filament enclosed in glass. Because they don’t use the same fragile components, LEDs are much better able to stand up to vibration, shock and temperature extremes. Also, many LED lights have a plastic shell rather than glass making them much more durable.

Safety & environment. A couple other advantages are safety and environmental benefits. LED bulbs disperse most of their energy as light (hence the lower wattage for the same brightness), whereas incandescents give off energy as heat. That means LED bulbs remain cool to the touch. Additionally, LEDs are made from non-toxic materials and don’t contain any mercury or other hazardous chemicals. When it comes time to dispose of them — many, many years down the line — they won’t require any special handling.

Color. One final advantage to using LED bulbs is the flip side of one of the incandescent advantages: color. Without getting overly technical, LEDs are are a product of semiconductors, and by adapting the semiconductors in the chip, the color of the LED can be adjusted. That means that LEDs can be manufactured to emit a wide range of colors similar to the warm light of an incandescent light, as well as other tones of white light that many people find more appealing. 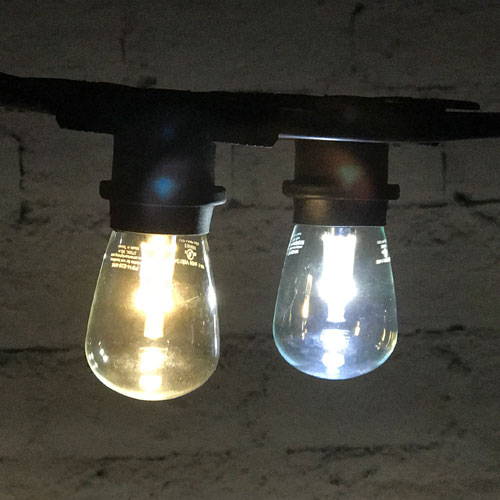 It’s pretty clear that LED lights are the future, whether you’re talking about typical home lighting situations or Outdoor String Lights, Mini Lights, or other LED Decorative Lighting from PartyLights.com. Incandescent String Lights still offer inexpensive options for consumers, but be sure to check out the LED bulb options. With the variety of bulb shapes, colors and styles, combined with the many advantages listed above, LED string lights provide the perfect solution for all your outdoor lighting needs.